Brenda Drake, who hosts a number of noteworthy online contests – Pitch Wars being the most noteworthy, has posted an interview with me and my mentor, Jaime Loren. You can read it here.

Pitch Wars came along at the perfect time. I was in that sweet spot between thinking there was nothing wrong with my brand new MS and knowing everything was wrong with it. If I’d had any more or any less faith in my novel, I probably wouldn’t have entered it. It’s that delusional place you […]

This post is part of a blog hop for #PitchWars and will be hosted by the fearless C.M. Franklin on her blog. Follow the links at the bottom of this post to visit the other authors in this blog hop. The first time someone asked me why I wrote Calamity, I answered without thinking, “Because […]

This is my second year participating in Nanowrimo. I’ve been looking forward to it for months. This year I’m dragging other people kicking and screaming along with me because they’ve all expressed a desire to “have written” which is what Nano gives you. Here are ten reasons why I participate. 1. Excuses. I don’t need […]

Putting the “Partner” in Critique Partner

Most of us have an aversion to critiquing and being critiqued, and this might cause us to fear finding or becoming a critique partner. I recently shared about being a good critiquer when you CP with someone. Today, I wanted to write about the other half of the equation: the “partner” side of the job. When I […]

O hai! I’ve agreed to be a part of Susan Nystoriak’s NaNo Mini-Series. The first post is all about the writers who have agreed to take part in this interview series. We’ll be sharing our different approaches to NaNo which is coming up fast. If you’ve ever even thought you might want to write a […]

Putting the “Critique” in Critique Partner

My then eleven-year-old decided to write a novel. It was four pages long and started when her character woke up. For a four-page novel, the action took far too long to get going, but on the other hand, the ghost appeared on page 1. When I read her novel, you know I told her none […] 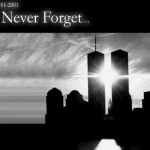 13 14 1516 17 18 19 years ago today at 8:48. I woke up feeling sick because I had worked late the night before. Commuting into work at ass-crack a.m. never appealed to me much, but especially not feeling like crap. But I had deadlines and my co-workers would count on me to come in […]

Bear with me. This might sound like everyone else in the whole authorverse… I started writing novels last year. That’s not to say I started writing last year, but until Nanowrimo, I had never attempted a full-length, plot-arced, voice-dripping, character-driven ms. I finished one (Yay!) and revised that sucker and edited that sucker and didn’t […]

I’ve just entered Pitch Wars, which anyone visiting this blog probably already knows about. But for those who don’t … It’s a writing contest to end all writing contests. Non-agented authors submit their finished manuscript and query to a select group of “mentors” in the hope that one of them will choose theirs to sculpt […]