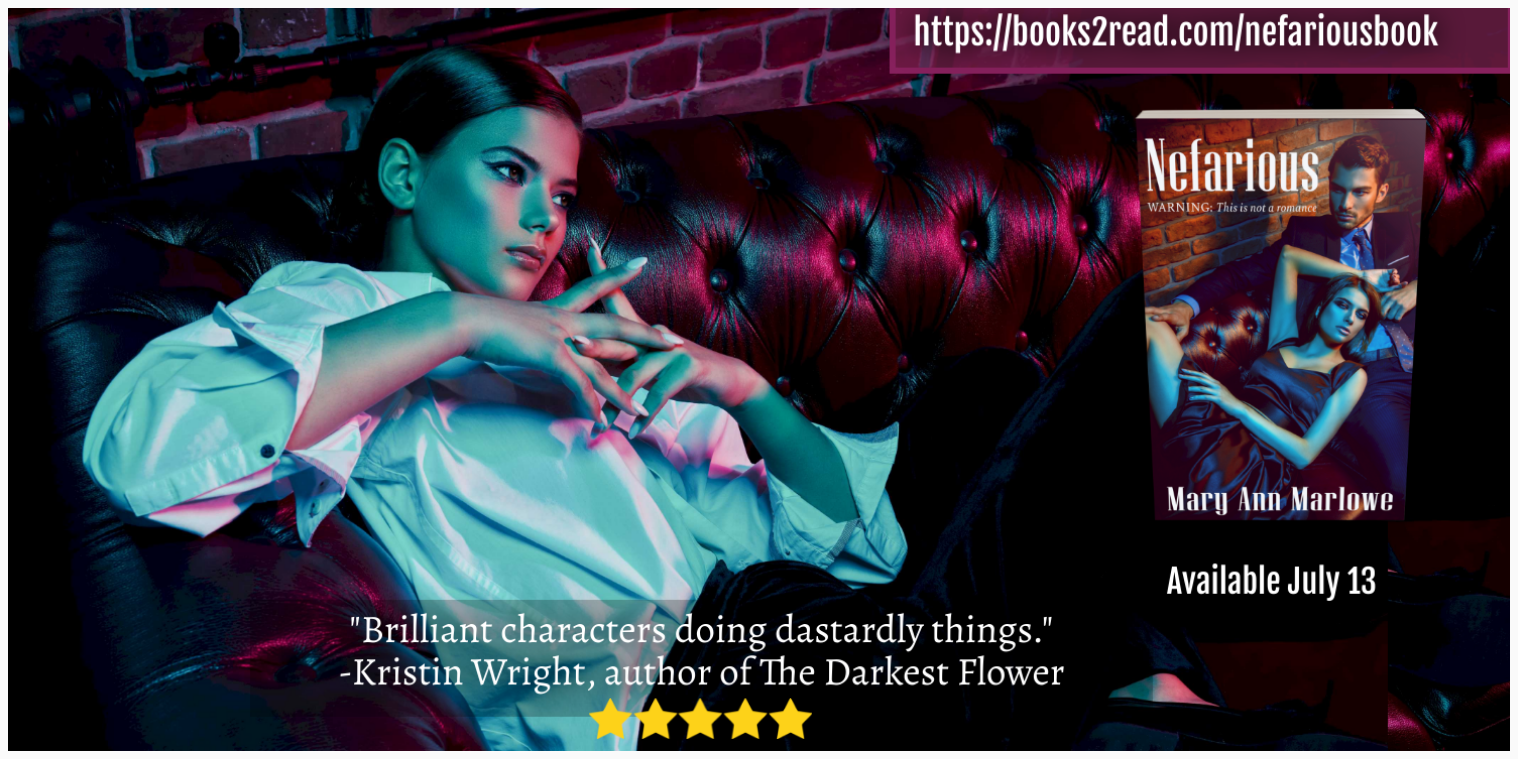 Warning: What you’re about to read is not a romance . . .

When Geraldo’s daughter shows up as an intern in Val’s summer training program, Val sees the perfect opportunity for her longed-for revenge—she’ll teach the girl nefarious business practices and send her home ethically compromised. But Dane’s not interested because he’s stumbled across his own opportunity for vengeance—a chance to seduce Noelle, the new CEO, and the woman who spurned him years ago.

As Val and Dane play cat-and-mouse with everyone else, their long-simmering history of unresolved romantic injuries with one another begins to burn beyond their control. While Dane doesn’t notice that a jealous Val has set him on a path to ruin Noelle, Val’s blind to the traps Dane has laid to bring her down. Although they’re adept at using everyone around them like chess pieces, their interpersonal game has no rules and can only end with their mutual destruction. If they don’t agree to a cease fire, Val’s reputation will be destroyed and Dane will lose his heart before he even realizes he’s risked it.

When Dane pulled into his driveway, the cab stopped behind him on the street, and Selena climbed out.

She spoke to the driver, who drove off, leaving a twenty-something-year-old girl on his doorstep. He looked up and down the street for any signs of witnesses. He waved toward his car. He had to get her back home.

“Why are you here, Selena?”

She laughed. “I had the cab driver follow you.” She staggered a little as she approached. How had Dane missed that she’d gotten good and drunk at the bar. He’d been so intent on the battle of wits, he’d lost sight of the girl with the crush. Not good, Dane.

She sauntered clear up to him and touched his chest. She walked her fingers up the buttons on his shirt until she reached the knot in his tie. “This is a very sexy tie.”

He realized she’d taken off her glasses at some point and batted doe eyes at him. He wrapped his hand around hers and drew it away from him.

She pouted. “Did you know I’ve been fascinated with you for years? I wonder what it might be like to kiss you.”

He ran his eyes along her lips, trying to push that image out of his mind.

“Would you get into my car, please?” He opened the door for her, but she leaned against it, pulling the elastic out of her hair and shaking it in a way that might have left him desiring her. But he hadn’t forgotten that she worked under him. This could get him in more trouble even than the stunt he’d pulled with that sys admin, Connor. Maybe.

He thought he could sober her up with a cold reminder. “Your dad would not be very happy about this.”

“Screw him. He told me I can’t work with you anymore.”

“Oh, so he found out.” Poor thing. He was almost tempted to carry her into his house just to help her get even with her dad. But he’d grown to like Selena, and the last thing he wanted to do was have Geraldo on his mind if he took her in his bed.

“He did.” She clenched her fist and punched nothing in particular. “He said I have to go back to New York, but I told him I wouldn’t. This is a prestigious internship program. And I’d never get into another at this late date. He has to let me stay.”

“Yes, but.” She lifted her eyes up to his. “But he told me he wants me to work under a different mentor. I couldn’t get him to hear reason. He’s got the wrong idea about you.”

Her eyes narrowed. “Oh, like he’s one to talk.” She shook her head. “He’s the worst, most controlling, selfish—” Her voice dropped. “It’s my life. He can’t treat me like one of his employees.”

Dane wanted to press her to go on, but she swayed a little. She needed someone to protect her. There were predators about. He dipped his head to look into her eyes, voice lowered. “Is that why you came here tonight?”

“I thought. I just thought.”

“I might mentor you on the sly maybe? Teach you about securities at eleven p.m. on a Tuesday in my kitchen?”

She stepped away from the car and laid her hand on his cheek. “I just thought you might have other things to teach me.”

He hoped she couldn’t see his eyes roll in the darkness. This was the weakest come-on he’d ever witnessed. “Look, Selena. You’re a beautiful girl. But I’m your supervisor. And that means you’re off limits.”

“Not anymore. Not if I work with another mentor.” The girl was learning to work the loopholes. Her hand slid down until her palm skimmed his neck inside his shirt collar, and he shivered. “And I’ve thought about this for such a long time.”

She was cute as hell. But she was an intern, he reminded himself. The worst cliché. Taking advantage of her would be so easy, it would be criminal. Possibly literally.

“Nobody would have to know.”

He considered it for a half a second. Nobody would have to know. And the risk was tempting. If he wasn’t absolutely sure he was being followed, he might have taken her up on it. He had half a mind to anyway. But he wasn’t nearly drunk enough, so he pointed to his car. “Get in. I’m taking you home.”