You are here: Home / My Book’s in France!

My Book’s in France!

I’m a Francophile. I have been since I was in sixth grade and my teacher took our class on a tour of the world and filled my imagination with visions of enormous museums, ancient monuments, fancy breads, funny hats, and beautiful accents. I couldn’t start taking French 1 until I was in 9th grade. My family moved to a new state after my sophomore year, and I discovered I’d been put at a disadvantage with regards to the five years of French available at my new school. In order to take AP French, my only recourse would be to double up. So I did. I took 4th and 5th year French at the same time my senior year. I lived and breathed French, joining the French club, making my friends call me GiGi, and dreaming of the day I might travel to France. My parents were kind enough to send me on a short trip through France with a group of students at the end of my senior year, and it only cemented my love of the country, the culture, and the language. 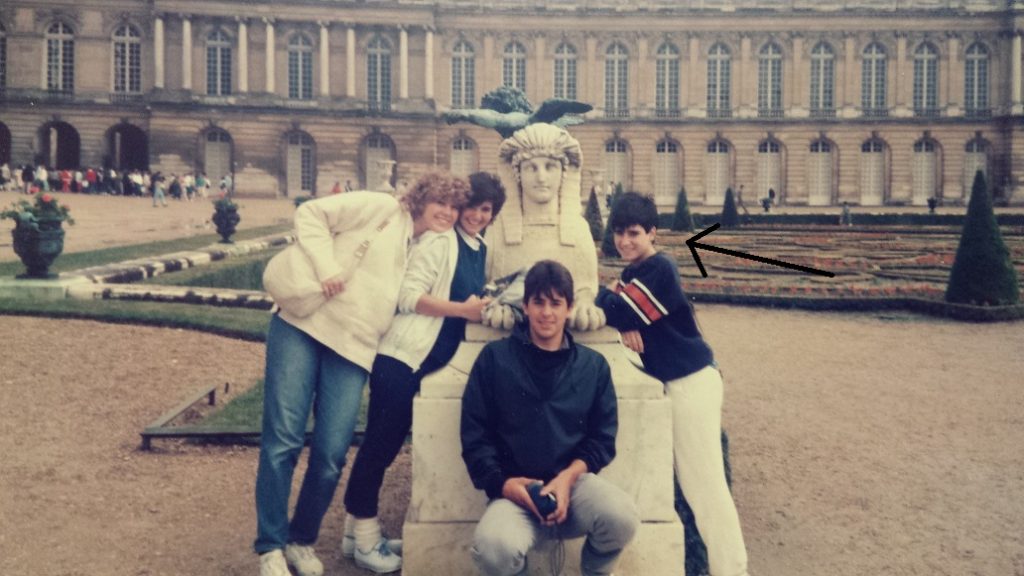 That’s wee teenage me at Versailles.

When I got to college, I majored in International Business so I could continue to take as many French classes as possible. I studied in Clermont-Ferrand, France one summer, and then later, took an internship at a hotel in Créteil outside of Paris. When I returned from that gig, I went straight into grad school in–what else?–French literature, focusing my studies now on Eighteenth Century lit (due to my deep abiding love of Les liaisons dangereuses and Voltaire). 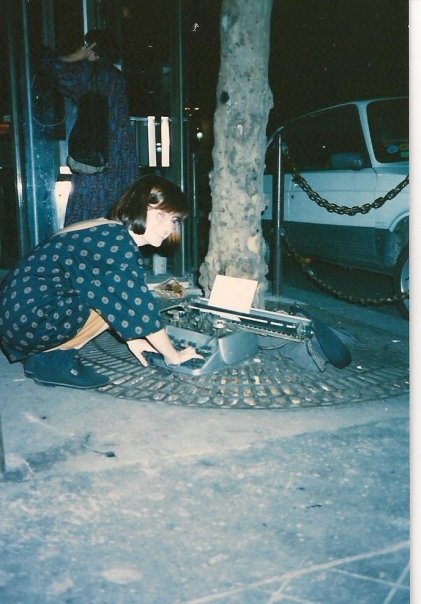 Me in Paris where I discovered a typewriter! It’s saying “Write a novel on me!”

When I finished my M.A. at one school, I simply moved on to work on my Ph.D. at another, but to be honest, I’d somehow forgotten why I’d started in the first place. Teaching and reading French made me happy, but I wasn’t living in France, and I was flat broke. I was near the end of my doctoral studies when the realization hit me that I would likely never turn into a real French girl. It suddenly occurred to me that my “expertise” in French was specific to academia, that I had no other training than to speak French worse than the people who lived in the country I coveted. And so, I dropped out and decided to switch to a more practical career in software development. 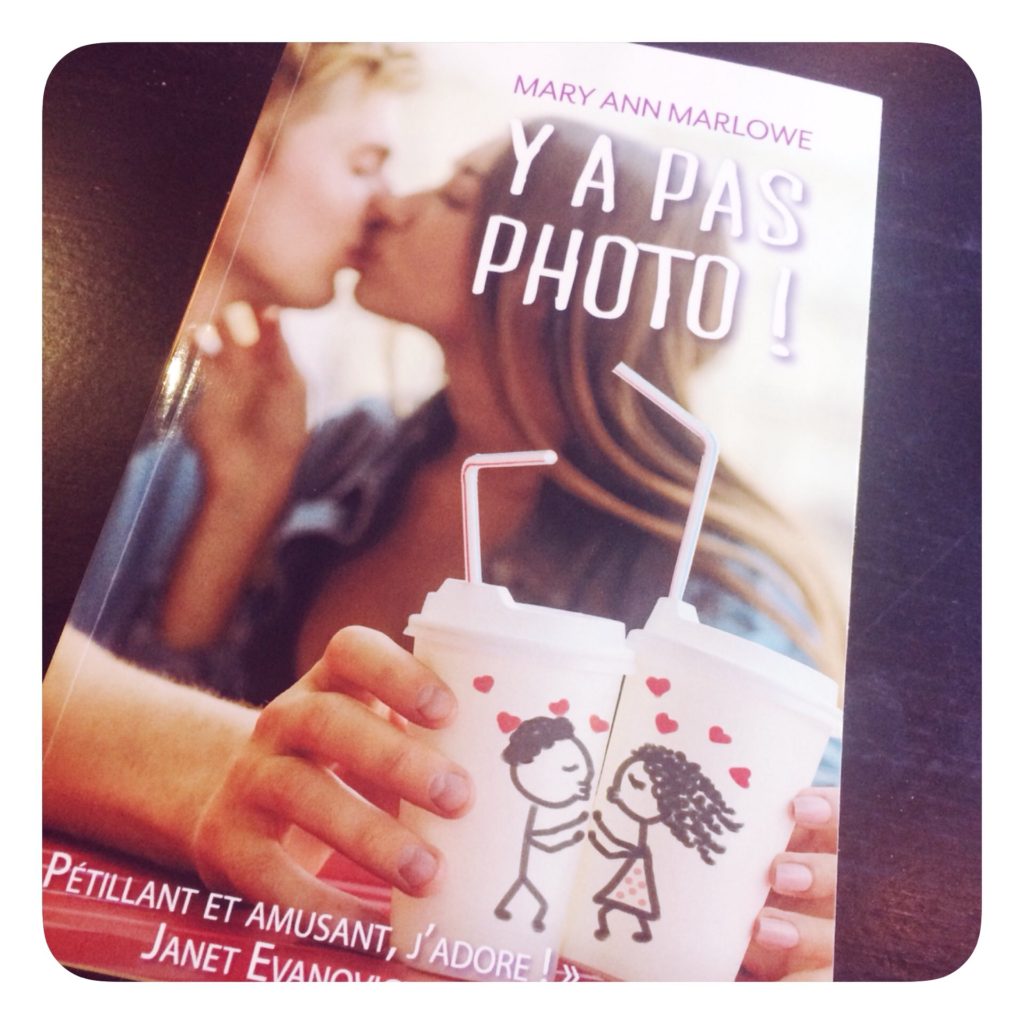 I’m still in love with all things France. One of the first books I wrote (Calamity) takes place almost entirely in France, and Some Kind of Magic passes briefly through Paris. You can imagine how thrilled I was when foreign rights to A Crazy Kind of Love were sold to a French publisher. I’ve watched with breathless anticipation to discover whether the book would get a new French title (it did!) and a new cover (also did!). I’ve looked forward to eventually holding the print copy in my hands and reading my own words translated into the language I love so much. So this is a gush-worthy moment for me. To top it off, I discovered my book listed at the Bibliothèque Nationale de France. It’s also now available for pre-order at Amazon France. Thank you, City Editions, for making a francophile dream come true! 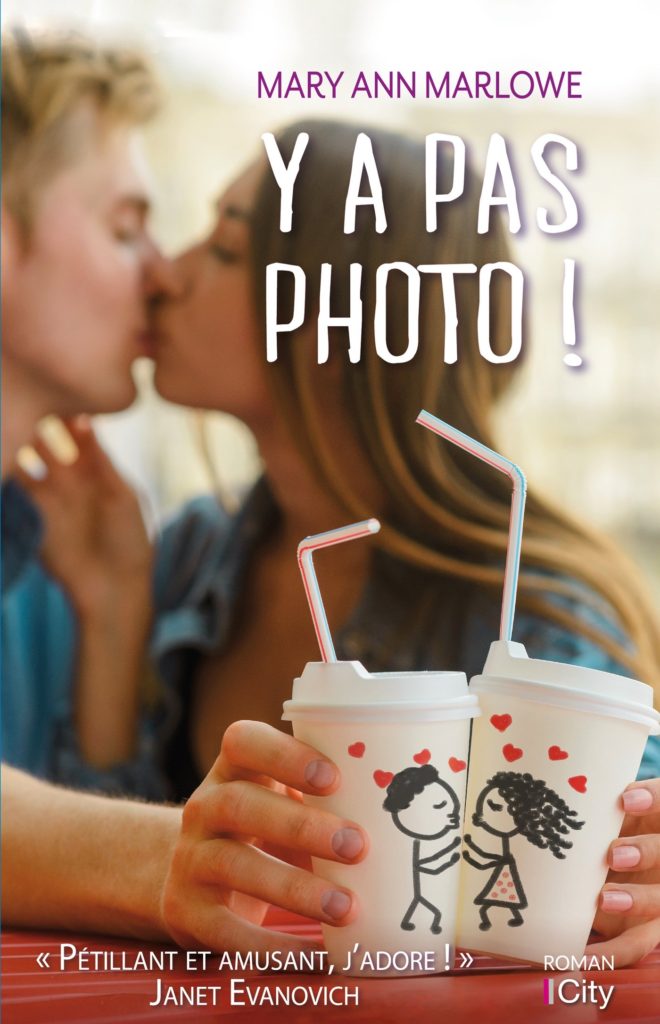 Posted in A Crazy Kind of Love, Y A Pas Photo

See the giveaway details at Goodreads.